Andrew became a Christian in his early teens and has been an active member of quite a few churches due to frequent job relocations.  For him the heart of his Christian experience is a personal relationship with God based on the truths found in the Bible and applied in the realities of life.  As church secretary he is keen to use his abilities to keep things running smoothly and allow the church to fulfil its core mission of sharing the message of the gospel and building the church.  He is a retired doctor and now spends time with his wife, Sue, enjoying trying to keep up with 5 children and six grandchildren.  Hobbies include reading and outdoor activities: walking, cycling running and kayaking. 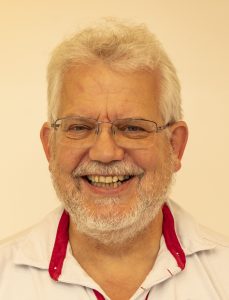 Martin has been a Christian since his early teens and was active in and confirmed in his local CofE church of St Johns Kenilworth. He progressively drifted away from God during and after his university years concentrating on his family, career and a range of other interests. He has lived in Charfield 21 years and has one daughter and three sons. He worked his entire career for MoD and it was on a posting in Saudi Arabia that God was able to confront and challenge him. He is very conscious of this prodigal son story and is keen that the faithfulness of God is told to all who may, like him, have lost their way in their faith. On returning to the UK in 2008 God placed him and his wife Margaret in Wotton Baptist Church. He was baptised as an adult in 2010. They are both now retired and love spending time dancing and enjoying their three grandchildren.

Arlene enjoys village life in Hillesley where she lives with her two teenagers. She was brought up in the Church of Scotland and became a Christian at age 17 at a Billy Graham Mission in Glasgow, before heading to Aberdeen University to study maths. Her first job meant a move to Reading and she has been south ever since! She enjoys keeping fit by walking, swimming and pilates and also enjoys cooking for friends.  She works in the church office on Tuesday, Thursday and Friday mornings.

Andy’s story is told in our church anniversary film ‘Don’t Conform, be transformed‘. After experiencing the grace and guidance of Jesus during his own transformation he now feels inspired to spread Gods word and introduce others to the love of Jesus.  Andy lives in Wotton-Under-Edge with his wife Tracy, daughter Jenna and son Leon.  He is a keen, although far from proficient, golfer and armchair football supporter, who enjoys meals out and spending as much quality time as possible with his family.

Sarah-Louise moved to Gloucestershire in 2015 with her husband Tim as a newly married couple (now a family of 3!) . After thinking they would move back towards Bristol, God had other plans to keep them in the Cotswolds. Growing up in a Christian family, Sarah-Louise was baptised at the age of 20. Training and now working as a Speech and Language Therapist, Sarah-Louise has a fascination with the human brain and how we use it to communicate. In her spare time, Sarah-Louise enjoys exploring new places, a bit of amateur baking and being entertained by the mishaps of two pet rabbits.

David is a retired Baptist minister who moved to Wotton in 2012. He is currently Chair of the Ark (Christian Coffee Shop in Wotton) management group and is part of the Fairtrade team in the town. He is in the local Community Choir, enjoys music, sport, walking, gardening and surfing. He is a Spurs fan. He is married to Margaret and they have 2 grown-up daughters and 5 grandchildren.

Vicki has a heart for worship and serving the church family at Wotton Baptist Church through her musical gifting. She works part time as a social worker, is married to Mike and they have two children and a dog. Vicki loves spending time with her family, walking in the countryside, listening to classical music and often has her nose in a book.

Karen is part of the WEBA youth workers network, trained with The Door youth project in Stroud and is involved in youth work at WBC, Wotton Youth Centre and the local secondary school as well as working as a lunchtime supervisor at one of  Wotton’s primary schools.  Karen has 4 kids, 2 dogs and two horses.  Karen likes running and walking the dogs and loves helping teenagers meet God.

Tony became a Christian at the age of 20 after meeting his wife Anna at University.  His response to God’s grace has led to him being involved in running various youth activities to provide a safe space for young people to grow to know God. Tony trained as a mechanical engineer, and is now a Design Manager with a local company. He has a busy family life but in his spare time enjoys archery as a regular activity, and also enjoys being outdoors with his family, films, and playing with technology.

Jeff went to Leeds and Loughborough Universities where he studied Civil Engineering and Construction Management and was in the construction industry for 48 years, 15 years of which was in the Middle East.  He was a member of the Methodist church in his early years and became active in the Evangelical church once settled in the UAE in 2002, and subsequently in Bahrain, Qatar. He was then baptised at a Baptist church in Dorset once back in the UK.  He lives in Cam with his wife Anne. They enjoy vegetable/fruit gardening and are involved in various local charitable organisations. 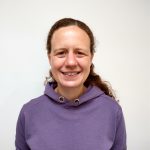 Jill is a Christian, wife and mum of 2 daughters. She’s lived in Twickenham, Birmingham, Yate, and then moved to North Nibley in 2011 when she joined Wotton Baptist Church. She works part time as a GP in Yate and enjoys walking in the countryside and singing.